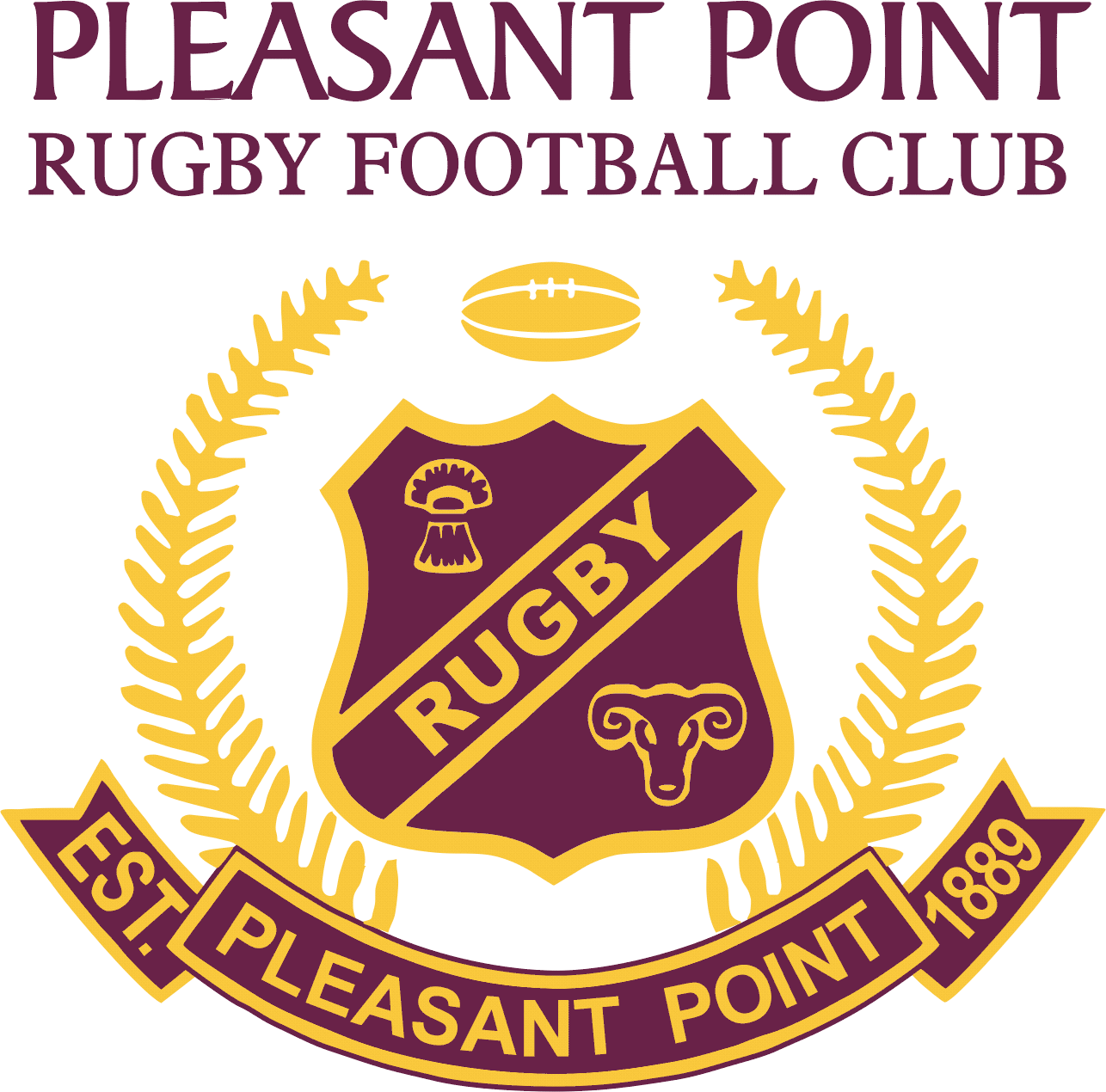 The Pleasant Point Rugby Club prides itself on providing an environment that encourages and develops rugby for the enjoyment of all.

The club serves the rugby community of the wider Pleasant Point district in South Canterbury, New Zealand and enters teams from Under 8 to Senior in the South Canterbury Rugby Union competitions.

We are always looking for new players and new members. Anyone interested in joining the club in any capacity should contact President Grant McKerchar 021 224 6793

The club has three fields, modern clubrooms and changing facilities based at the picturesque Pleasant Point Domain on the eastern entrance of Pleasant Point township.

The Pleasant Point Rugby Football Club has been in operation since 1889 and has performed consistently well in SCRFU competitions. The senior team won the "Old Bank Shield" ,then symbol of South Canterbury rugby supremacy, in 2005, and was a Hamersley Cup championship finalist in 2013, 2015 & 2016.

The club celebrated its 125th Jubilee in 2014. Over the years the club has earned the goodwill of many sponsors, members, players, coaches, administrators and supporters, and long may it continue to do so.